Jane Fonda has admitted she ‘is not proud’ of having a facelift, and has ruled out going under the knife again because she ‘doesn’t want to look distorted’.

The actress, 84, discussed her surgery regrets and warned about the perils of getting addicted to cosmetic procedures in a new interview with Vogue published on Tuesday.

The Hollywood legend openly admitted she had previously undergone a facelift, but wouldn’t repeat the procedure again.

She said: ‘I had a facelift and I stopped because I don’t want to look distorted. I’m not proud of the fact that I had one. 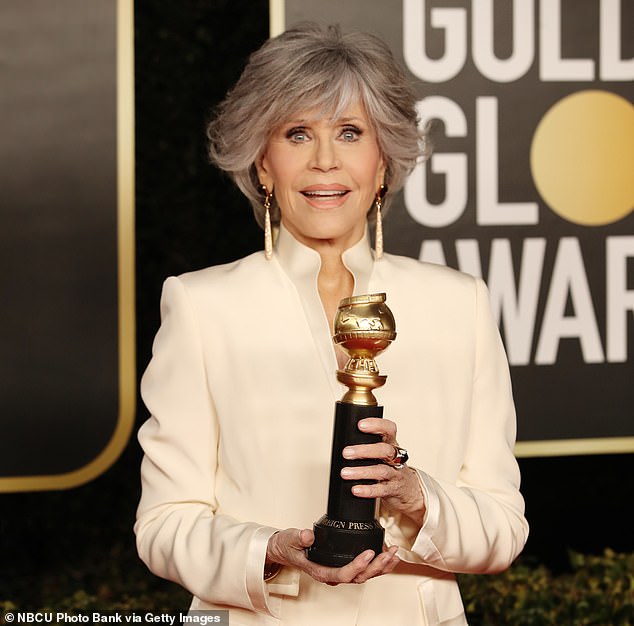 Opening up: Jane Fonda has admitted she ‘is not proud’ of having a facelift, and has ruled out going under the knife again because she ‘doesn’t want to look distorted’ (pictured in 2021)

The screen star added that she doesn’t spend a lot of money on expensive face creams, instead insisting that laughter is just as good for the skin.

She said: ‘I don’t do a lot of facials. I don’t spend a lot of money on face creams or anything like that, but I stay moisturized, I sleep, I move, I stay out of the sun, and I have good friends who make me laugh. Laughter is a good thing too.’

The Grace and Frankie star touched on how aging didn’t have to be scary, and that she wanted to bring awareness that there are ways to age in both positive and healthy ways. 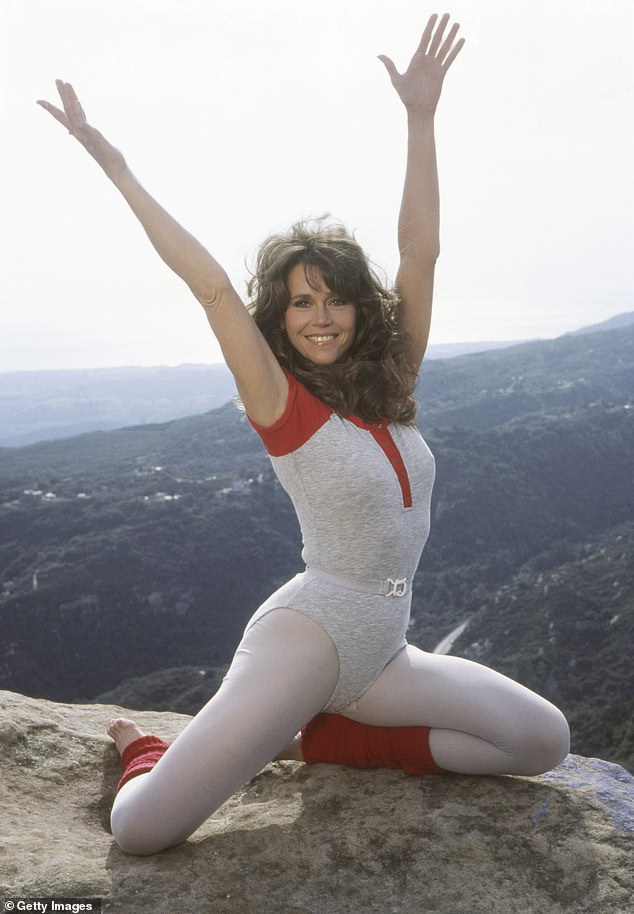 Flashback: The actress, 84, discussed her surgery regrets and warned about the perils of getting addicted to cosmetic procedures in a new interview (pictured in 1983) 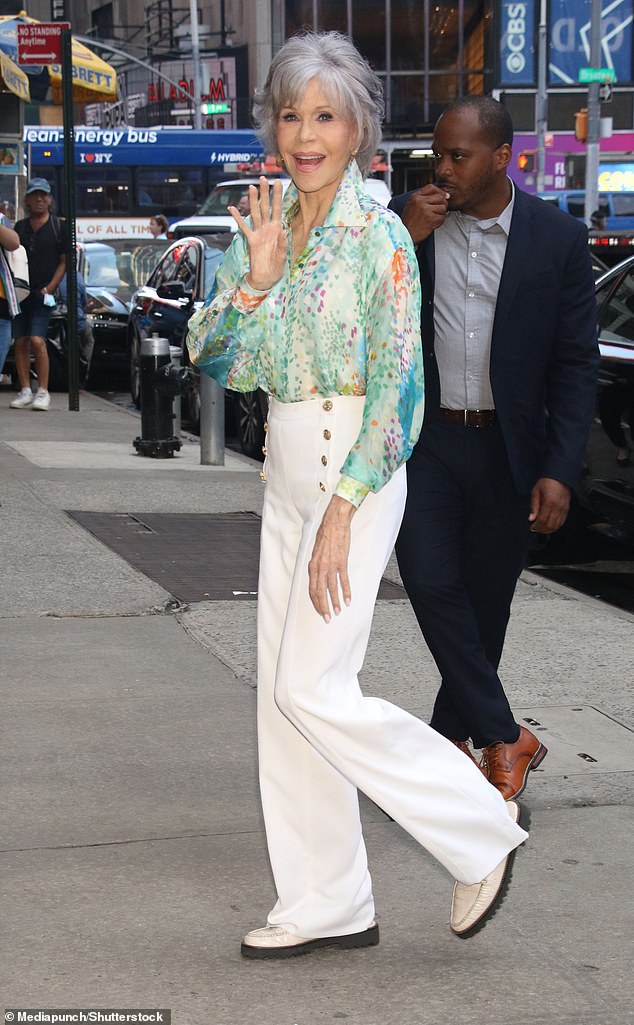 ‘I’m almost 85, but I don’t seem that old,’ she explained. ‘So getting young people to stop being afraid of being old, helping people realize that just because you’re a certain age doesn’t mean you have to give up on life…’

The Oscar-winning talent explained how grateful she was that she is still healthy for her age.

‘I mean, every day when I get out of a car, I thank the goddesses that I have strong thighs, that I’ve worked out to keep strong thighs,’ she said.

The Book Club actress appeared in a recent H&M Move campaign, which prompted Jane to sit down with Vogue to discuss the new collaboration. The collection of ‘movewear’ items is set to be available on August 4. 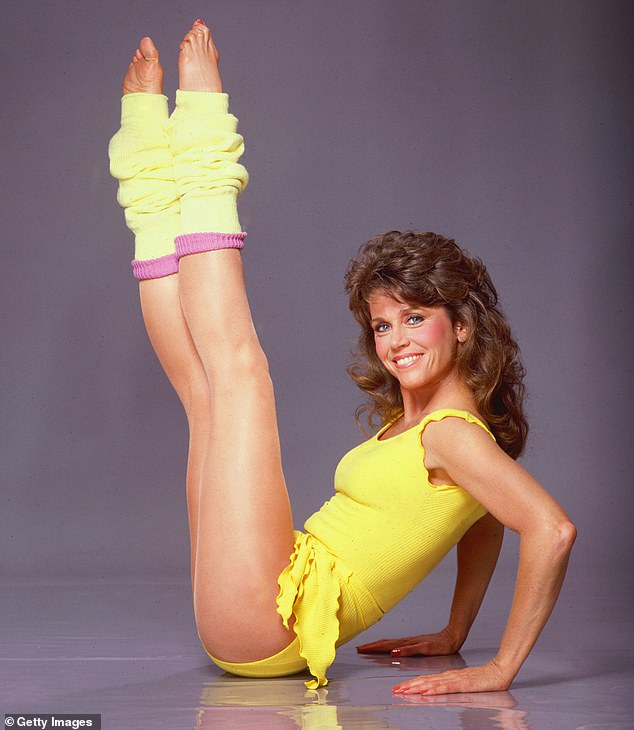 Still active: As she reaches her mid-80s, the star still takes time to stay active and follow a fitness routine (pictured in 1985)

Jane has reflected on aging before, and in an interview with Glamor earlier in May, she explained that she wanted to have no regrets as she continued to grow older.

‘One of the things that I knew for sure is that I didn’t want to get to the end with a lot of regrets, so how I lived up until the end was what was going to determine whether or not I had regrets,’ the star stated to the publication.

‘It totally changed the way I thought about myself and about how I wanted to live the last third of my life. And I realized the importance of being intentional about how we go through life.’

The talented actress continues to be active and works out, from simple walks in nature to fitness routines.

‘When you get older, you realize that staying healthy is joyful and critical because age isn’t so much chronology. 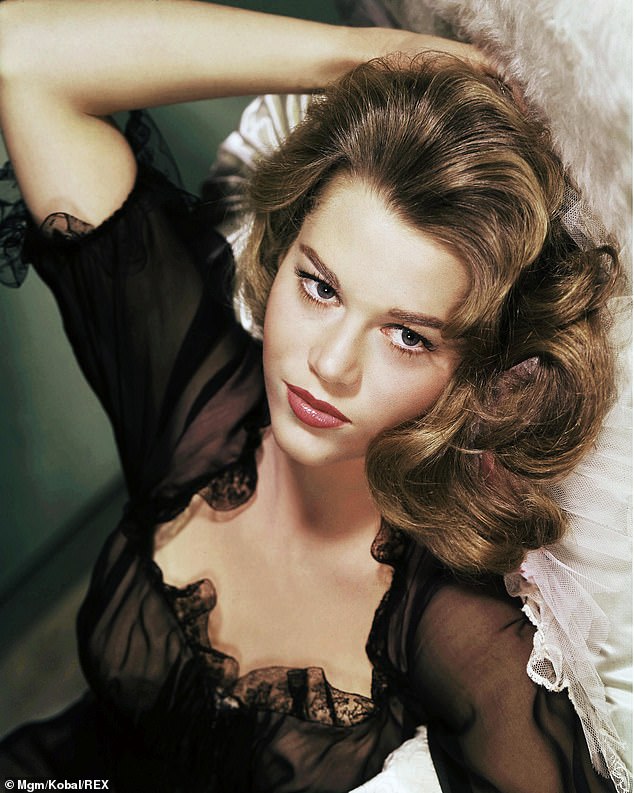 Stunning: Jane began her career on Broadway, but started to reach stardom by starring in successful Hollywood films in the 1960s (pictured for a MGM portrait in 1964)

‘You can be very old at 84, which is my age, but you can also be very young,’ she told Glamor.

Jane began acting on the Broadway stage, with her Hollywood career kicking off in the 1960s, starring in successful films such as Sunday In New York (1963) and Barbarella (1968).

She won two Academy Awards for Best Actress in the 1970s, garnering various other nominations and awards in the years to follow.

Aside from being passionate about being on the big screen, the star has had a love for dance and fitness for years.

Jane released her first exercise video in 1982, which went on to be the highest-selling VHS in the 20th century.

Hollywood icon: Jane is one of Hollywood’s most iconic actresses, and starred in a number of films, and recently wrapped the series, Grace And Frankie (pictured in 1968)